According to my admittedly sloppy records, I listened to 435 albums that were released in 2021. Here is my list. First my top 5, then the next 25, then the next 50, and as a bonus, my top ten EPs. Each category is internally organized alphabetically. I only had time to talk about the first five, but it was a great year for music (though again, when isn't it?). 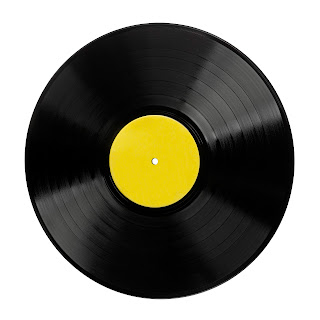 A glam rock and pop album from another time. Conceptually it is obsessed with celebrity, and also concerned with celebrity obsession. Sure, the influences are pretty obvious, but when you are doing your best to channel early Roxy Music and 70s Bowie, that might not be so bad. And sure, it doesn’t hit those immortal highs, but I found myself wanting to groove along from start to finish.

Why just do one glam pop album? If Art D’Ecco wants to channel Roxy Music and Bowie, Midnight Sister is more T. Rex and Donna Summers, trying to give us some sort of glitter disco cabaret. And sure, it doesn’t always do that, but I found myself seduced by their vision and enthusiasm. Also, I don’t know much about music videos, but they direct their own music videos, and I really suggest watching them. It’s a different way to see the surrealistic soundscape they are seeking to create.

3. Shungudzo—I Am Not a Mother, But I Have Children

Okay, this is clearly trying to produce a protest album. And has gotten some criticism for being too on the nose, too try hard. Which… sure. But sonically something is often working against the lyrics, winking subtly at the audience. I found myself caring less about the obviousness, and more often being impressed by the sheer audacity of the thing. Not to mention so many of the songs are dangerously catchy.

I said on facebook that it was weird to choose this album to begin the inevitable St. Vincent backlash, because the whole thing is so good. It is a self-aware attempt to both change her sound, and try to maybe undermine her reputation as aloof while, you know, trying to actually cement that reputation. Okay, let’s backup. I was lukewarm when it was released. But I found myself listening to it again and again, liking it more and more. And well, here we are. The album, for the five of you who haven’t listened to it, is trying to reproduce a kind of 70s New York grimy sound (kind of like Nick Cave attempts on Dig, Lazarus, Dig!!!). But of course this meets St. Vincent’s trade mark precision and careful production values. I think that is why we have an artifact that doesn’t fully work on the first listen, but really captivated me by the end.

This was a year in which many of the women musicians who wrote personal and haunting lyrics of my teenage years released albums. Including new work by Ani DiFranco, Tori Amos, Aimee Mann, and Liz Phair. None of them were bad, but something was missing. Maybe they had changed, or I had, or probably both. But then I listened to this album by Sarah Mary Chadwick, and it captured a bit of that old feeling. It probably helps that Chadwick is close to my current age. Before I go further, I should say this album needs basically every kind of content warning, dealing with depression, death, suicide, drug and alcohol abuse, and lots of explicit lyrics. But it’s deeply confessional, and clever, and sad, and I listened to the whole thing with my eyes extra big. If you want 42 minutes of heartbreak and brilliance, you should give this a try.

Amyl and The Sniffers—Comfort to Me

Nick Shoulders—Home on the Rage

Shannon & The Clams—Year of the Spider

Daniel Knox—Won’t You Take Me With You

Illuminati Hotties—Let Me Do One More

Monophonics & Kelly Finnigan—It’s Only Us

Pokey LaFarge—In the Blossom of Their Shade

Pom Pom Squad—Death of a Cheerleader

She Drew the Gun—Behave Myself

Tamar Aphek—All Bets Are Off

Gabriels--Bloodlines/Love and Hate in a Different Time

Near Tears--Get With the Program

Pixey--Free to Live in Colour