Empiricism: A far too basic primer 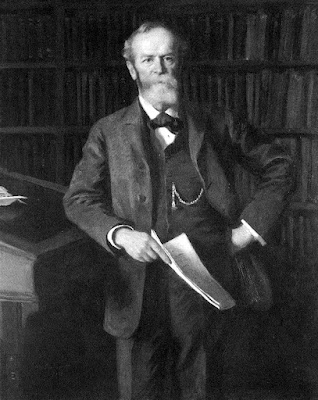 Speculative pragmatism or speculative empiricism seems to have had a moment (maybe is still having a moment). It is best understood as something like an intercontinental inquiry, beginning with the works of William James and Henri Bergson, then including Jean Wahl, Alfred North Whitehead, Gilles Deleuze, Isabelle Stengers, Brian Massumi, and the various people working in their wake. As such, I’ve been reading a lot of random articles and chapters that engage William James and radical empiricism. And it is really shocking the number of articles that just seem to get basic terminology wrong (the worse was that article attacking “radical empiricism” and yet never cites James, and clearly has no idea what radical empiricism is). Anyway, if you planning to write in this area, here are some basic definitions that would help to know. The four terms are empiricism, rationalism, radical empiricism, and neutral monism. The funny thing is when I finished writing the part below, I went to check some stuff on Wiki and SEP, and all of this was there. So, no one really needs this. But still! It’s worth knowing some of the basic terminology.

(1) Let’s start, obviously, with empiricism. It has something to do with experience. Perhaps also experiment. The term comes from a school of Ancient Greek physicians, who opposed the Dogmatic School. The Empiric’s believed that the knowledge that they needed to treat the body would come from experience and dissection of bodies. The Dogmatic School stressed reason. It might be interesting to see how much the field of empiricism has a reoccurring connection to medical science. William James, a college dropout, only ever earned one degree, an MD. However, when philosophers use the term empiricism without qualifier, they are usually referencing the school of thought that includes Francis Bacon, Thomas Hobbes, George Berkeley, David Hume, and John Locke. Like their Greek medical forerunners, they are all variously emphasizing that knowledge comes first from experience. And while it is true that we often call things empirical sciences, and that these thinkers were promotors of the empirical sciences (that focused on experiments) it is important to note, empiricism doesn’t have anything in particular to do with science. Or at least, it is not a synonym for science. It is possible that much of science is empirical, but empiricism is primarily about experience as such. Indeed, the rationalists also supported the empirical sciences.

(2) If the ancient empiric’s were in opposition to the dogmatists, we have tended to contrast the empiricists of modern philosophy to the rationalists. One of the most common mistakes I see is a tendency to treat empiricism and rationalism as being coterminous with each other, when the normal way of treating these subjects is to see them being in tension. The sort of b-flat understanding of both would be that the empiricist believes we access knowledge through experience, while the rationalist believes that we access knowledge through reason. Indeed, the usual way of talking about this sort of thing is to compare the British empiricists (Francis Bacon, Hume, Locke, etc.) with the continental rationalists (Descartes, Spinoza, Leibniz, etc.). Now, obviously this story of reason versus experience is far too neat and tidy, and the separation here is not in reality that clear. But one should at least know that usually there is an understood tension between rationalism and empiricism, and these terms are not synonyms for each other. And yet I see this confusion again and again. (I assume it has something to do with critiques of modern or instrumental rationality and the connection there to the physical sciences, and I guess empiricism again. So people assume that a discussion of empiricism and of reason are discussing the same things). Another confusion, that is far more plausible, is confusing rationality and empiricism as synonyms for that other split in modern philosophy between idealism and materialism. But again, this isn't completely right. Berkeley, for example, was both an idealist and an empiricist. The way this is usually understood is that rationalism and empiricism are epistemological problems--how do we know the world--and idealism and materialism are metaphysical or ontological problems--what kind of stuff is the world. But these separations are never really that neat, either. When Deleuze names his project transcendental empiricism, we are supposed to hear it in tension with Kant’s project of transcendental idealism. Nor is it the case that empiricism is clearly an epistemological project. The way James is read by most of us doing speculative pragmatism or speculative empiricism is that his project of radical empiricism is mostly a metaphysical project.

(3) The radical of radical empiricism seem to also confuse people. It is not a political label, nor is it a distancing or critical label. Radical here is meant as “thoroughgoing, or extreme” (from etymology.com for what the term was used as in the late 1800s). One might say one could call it hyper empiricism. The argument James is making here is that the previous empiricisms were not empirical enough, he is not saying that he is making a leftist empiricism, or rupturing his views from the empirical project. The famous way of understanding this from William James is his lines from “The World of Pure Experience,” “To be radical, an empiricism must neither admit into its constructions any element that is not directly experienced, nor exclude from them any element that is directly experienced. For such a philosophy, the relations that connect experiences must themselves be experienced relations, and any kind of relation experienced must be accounted as 'real' as anything else in the system” (emphasis in original). So, relations are as real as the object you are relating to (the beauty or horror of an artwork is as real as the artwork itself). This is principally a metaphysical claim. As Barry Allen puts it in his book Empiricisms, “Radical empiricism is not an epistemology, not even a radical epistemology; instead it returns empiricism to ontology. The modes of being are experimental, not semantic. We do not know with finality how many different beings exist or even what the modes of existence are” (p. 305). As James pithily put it from "The Place of Affectional Facts", “There is no thought-stuff different from thing-stuff.” Our relations to the world is not a mere psychic addition to what is real, our relations to the world is part and parcel of reality. This is how James is both a neutral monist and a pluralist.

(4) Neutral Monist is a term coined by Bertand Russell, so it is not a phrase that James uses about himself. But it is a common way of discussing both James and radical empiricism. In debates about mind versus bodies, or idealism versus materialism, the neutral monist refuses to take sides (that’s the neutral part). Consciousness is the same sort of stuff as bodies, and neither of them are inherently material or ideal (that’s the monism). And James does say that thought-stuff and thing-stuff are the same thing, they are all experience. Buuuut, this is where things get weird. As James clarifies in "Does 'Consciousness' Exist", “there is no general stuff of which experience at large is made. There are as many stuffs as there are ‘natures’ in the things experienced.” It might be better to understand James as a neutral pluralist. Yes both thought-stuff and thing-stuff are made of the same thing (experience), and they are equally real, but really, experience is not one thing, but every thing, all the things, and as such, always more.