Sounds Good To Me: The Importance of Resonance Conferences 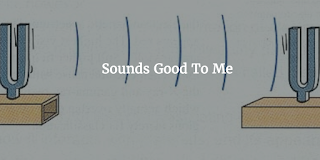 Over at the Daily Nous, Justin made a recent post about what he calls resonance conferences. Much of the initial post, and almost exclusively all of the comments I read, have dealt with what did or did not happen at those actual conferences. Considering I did not attend either, and am not a member of either (though I have been wanting to attend the Society for Analytic Feminism), I am going to entirely ignore those particular controversies. Instead, I want to talk about resonance conferences as a concept.

Justin defines resonance conferences as such:


Feminism and Christianity are each rather big tents, of course—big enough for lots of disagreement within them. But still, there’s some set of substantive claims associated with each, and many of the attendees at these conferences endorse a sizable subset of those respective claims (which makes those conferences a bit different from, say, a meeting of the American Philosophical Association, or a conference on causation). It would be helpful to have a name for these types of gatherings. Let’s call them resonance conferences. Resonance connotes importance and agreement, and its technical meaning involves different objects vibrating at the same frequency—works pretty well as a metaphor, I think. Do resonance conferences have a different feel to them than standard philosophy conferences, and if so, how? I suspect one difference is that disagreement feels worse at resonance conferences. In part this is because people may go in expecting, well, resonance—people let their guard down among the like-minded—and so can be caught off guard by disagreement they did not brace themselves for. At standard philosophy conferences, one goes in expecting disagreement from top to bottom. An additional part to this may be that disagreement over one particular matter may be more frustrating with a party who agrees with you on nearly everything else than with someone with whom you have few views in common. Another difference might be that attendees at resonance conferences, in virtue of being members of a shared community of sorts, take what happens at such meetings more personally than they might at standard philosophy conferences. They may feel as if they are identified with what happens or with what others say at these meetings, so when something goes wrong, they feel it reflects on them personally. In turn, this may motivate people to try to “make things right,” either by working hard to eliminate disagreement or even by engaging in a kind of public-relations damage control. (Emphasis added, paragraph breaks eliminated).

As someone who principally does work within the field of animal philosophy, I mostly go to conferences where most people will be working on animal studies, or I know that there is specific outreach to animal scholars. This is because the usual paper times at a conferences (anywhere from 15-30 minutes) does not provide a lot of time to defend and repeat first principles. So if, for example, you are wanting to expand your work on weak antinatalism in animal ethics, you can't really do this if your only feedback is objection to veganism and vegetarianism, or questioning if we have moral duties at all to animals, and the like. There are certainly times and places where all of that is fine for debate, but a lot of us work in fields were are constantly asked to begin again from first principles, which means we don't get to do the kind of iterative work, and have the kind of feedback that is useful and exciting, that most people get to do at conferences. For example, think of trying to present a paper dealing with the ethics of geoengineering the earth because of global warming, and having most, if not all, of the Q and A eaten up by questions about if global warming is real, or caused by humans, etc. Those are all objections we have to deal with in our role as educators or public intellectuals, but the ability to engage in iterative and technical philosophical argumentation would be entirely derailed if those were the objections raised virtually every time you presented a paper on global warming no matter the specific philosophical intervention. So a lot of us go to the kind of conferences were we can do work, which means having a grounding of agreeing upon certain principles or facts, so that we can debate other principles or facts.

And this is when we need to break out of the metaphor of the resonance, with it's obvious connection to objects being forced to vibrate at the same frequency, and the etymological connections to echoing. We are not hoping to meet zero objections (or any more than any other academic who slightly hopes their paper will wow everyone into immediate agreement), but we are hoping to have different kinds of disagreements. Perhaps we can think of it as fine-tuning. I go to these conferences in order to refine, and strengthen my argument, or face counterarguments I cannot usually encounter at "standard" conferences. Indeed, with the repetition of the same objections over and over again at standard conferences, and the need to repeat the same basic principles again and again, we could in a real way call those standard conferences resonance conferences. But to find new tunes? To be able to get your work to play in a new key? Well, you need to go to these fine-tuning or technical conferences. This all has nothing to do with avoiding disagreement, but with finding interesting and productive disagreement.
Posted by Scu at 8:25 PM